We currently don't have any Ocean Boats for sale, please take a look at the other boats that we have for sale below.

The Ocean 30 was first introduced as a Moonraker 30 built by Bell boats of Brundall in the late 1960s. The boat was designed by John bennett and mouldings came from Aqua fibre a sister company to Broom Boats.

Herbert Woods of Potter Heigham took over production in the early 70s and by the mid 70s Dick Nunn had taken over production. Towards the end of the 70s the boat was then built by Ray Bondon of South Walsham.

Mouldings were supplied to many Broads boat hire companies who fitted out the craft. These craft usually bulit with a single aft cabin, but some were built with a  double cabin versions. 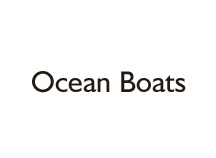